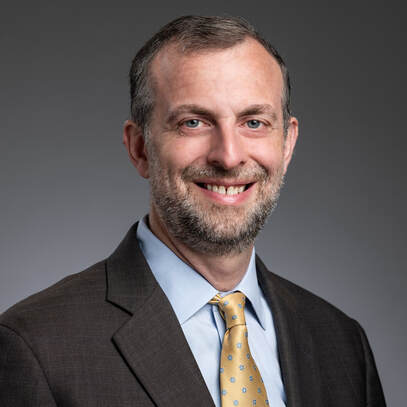 Elliot Regenstein is a Chicago-based partner at Foresight Law + Policy.  Elliot has extensive experience in state-level policy and advocacy, with a particular focus on early learning; he has also consulted with more than two dozen states on a wide range of education policy topics.  Much of his work focuses on how decision-making occurs in state education and early education systems: who is responsible for which decisions, what information they have to support those decisions, and what incentives are acting on key stakeholders. He is a frequent author and speaker on topics including accountability, governance, state data systems, and the connections between early learning and K-12.

Elliot was one of the chief architects of Illinois' 2006 Preschool for All program, and co-chaired the Illinois Early Learning Council from 2004 until April 2009.  He served as chair of the Illinois Early Learning Council’s Data, Research, and Evaluation Sub-Committee from 2009 to 2022, and from 2015 to 2021 he served as Chair of the Illinois Longitudinal Data System Governing Board.  In 2017 he chaired an Illinois State Board of Education workgroup that developed a recommendation for a P-2 indicator to be included in the state’s education accountability plan under the Every Student Succeeds Act.  In 2019 he was appointed by Governor Pritzker to Illinois’ Early Childhood Funding Commission, on which he chaired the Funding Mechanics working group.

Prior to joining Foresight Elliot was the senior vice president for advocacy and policy at a major national early learning non-profit; before that he worked for six years in education at two national law firms, after serving as Director of Education Reform for the State of Illinois.  Elliot holds a bachelor of arts in history from Columbia University and a law degree from the University of Michigan, where he was the Executive Note Editor on the Michigan Law Review.  After law school he clerked for the Hon. Kenneth F. Ripple on the United State Court of Appeals for the Seventh Circuit.  He is an active member of the Illinois bar and an inactive member of the New Mexico bar.